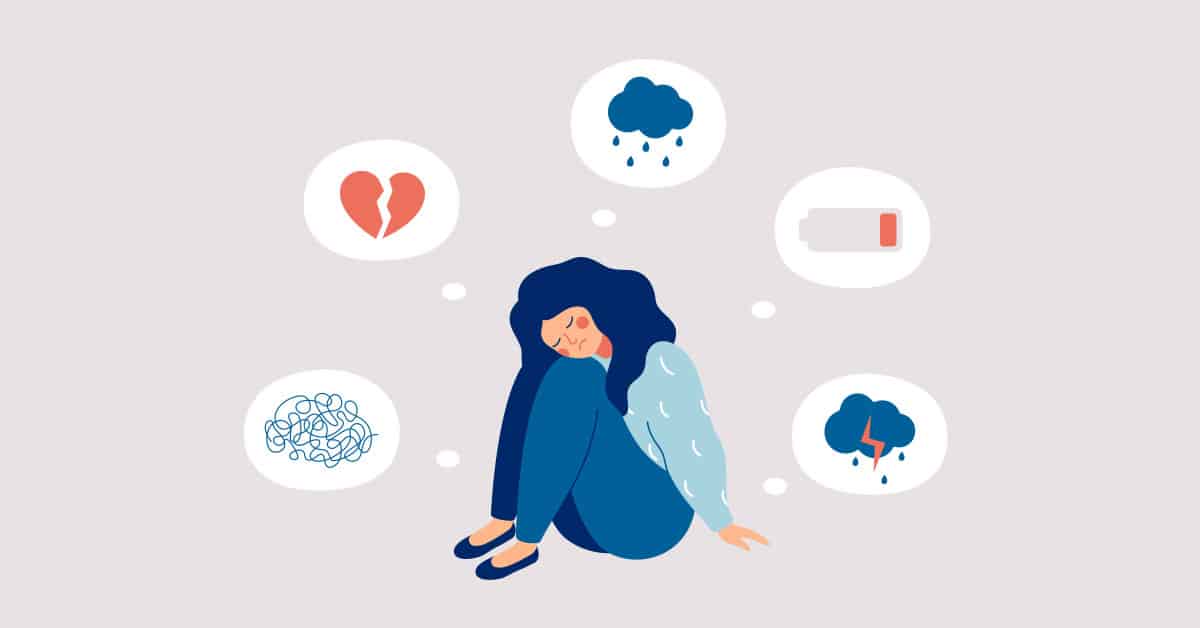 If someone is experiencing two or more illnesses at the same time, these illnesses are considered to be “comorbid.”

These statistics show that comorbidity is present but not widely understood and, therefore, not being adequately treated. This article will explore the mood disorders that are most commonly comorbid with each other and how ketamine treatments can help.

It is vital that the individual disorders are recognized and treated and that there could be other disorders present.

Bipolar disorder (BPD) is a common disorder that has become increasingly difficult to diagnose because of the high probability of comorbid conditions from other disorders.

The most common of these disorders that are comorbid with bipolar disorder is anxiety. Many studies suggest that the rates of anxiety in bipolar disorder are higher than in the general population.

Patients with BPD are also at higher risk of being comorbid with many other subtypes of anxiety. These include generalized anxiety disorder, phobias, obsessive-compulsive disorder (OCD), post-traumatic stress disorder (PTSD), and panic disorder.

One of the more common comorbidities for patients is depression and anxiety. Studies show that more than 50% of patients with anxiety show symptoms of depression.

The reasons why depression and anxiety are so commonly linked are unknown, but there are several theories.

One theory is that the two disorders have similar properties in the brain and are, therefore, more likely to present themselves simultaneously. Specifically, they are linked by the interaction between corticotropin-releasing factor receptor 1 (CRFR1) and specific types of serotonin receptors (5-HTRs).

Another theory is that because they have similar symptoms (such as lack of sleep, irritability, lack of concentration, etc.), people more frequently meet the criteria for both disorders. These two conditions also usually present simultaneously because the same types of external stimuli trigger them.

Unfortunately, when depression and anxiety symptoms present themselves together, they are much harder to treat. The reason is that when these disorders are presented together, the symptoms (not the conditions themselves) are more persistent and tend to “feed” off each other.

A recent study of Emil Kraepelin’s proposed link between depression and mania found the presence of BPD in prepubertal children, who are the age group that is most commonly diagnosed with ADHD.

Similarities between symptoms of ADHD and BPD include

These overlapping conditions between ADHD and BPD reinforce the need to consider the possibility that patients have more than one mental illness in order to make an accurate diagnosis.

However, there is a definite correlation between the two disorders. A study from M.K. Singh and associates shows a bidirectional relationship between ADHD and BPD: 22% of children with ADHD also had BPD, and up to 85% of children with BPD also had ADHD.

Doctors and medical professionals are quite efficient at recognizing one mood disorder and diagnosing the proper treatments. However, diagnosing comorbid disorders is much more difficult.

Careful attention must be paid to symptoms that may look like one disorder but could be another. A diagnosis for mood disorder comorbidity takes longer and must consider other factors, such as substance abuse.

Information from the family, workplace, and other sources is also needed for a diagnosis, taking up more time and resources. The need for additional information from many different sources makes diagnosing comorbid mood disorders much more difficult but not impossible.

Most research today is geared toward patients with only one illness. While this is good news for people with one diagnosable mood disorder, unfortunately, there are not enough resources to diagnose comorbid disorders consistently and accurately.

At Mindful Infusions, we offer low-dose ketamine infusions to treat mental health disorders as a new and promising option for people who suffer from these illnesses. Ketamine treatments will also reset and restore the body’s nerve connections, making ketamine treatments excellent for chronic pain and migraine treatment. Click the link below to learn more about Mindful Infusions and how we can help with mood disorder comorbidity.